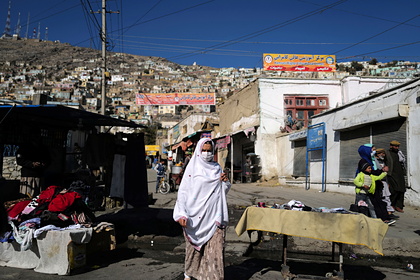 Leader of the radical Taliban movement (banned in Russia terrorist organization) Khaybatullah Akhundzada ordered to take measures to ensure the rights of women in Afghanistan. His words were conveyed in a statement published by the press secretary of the Zabiullah Mujahid movement, RIA Novosti reports.

The Taliban leader called the woman a noble and free man and stressed that she was not a property. “No one can give it to anyone else in exchange for concluding a peace agreement or ending the enmity,” he said. The representative of the militants demanded that theologians point out that the oppression of women would cause the wrath of Allah.

In Akhundzad's decree, he forbade the forced marriage of Afghan women and secured them the right to determine their future. He also gave widows the right to inherit shares of property from husband, father, children, and other family members. The leader of the movement ordered departments, the Supreme Court and local administrations to inform citizens about women's rights.

On November 21, it became known that the Taliban ordered women TV presenters to wear hijab. Also in the new code of practice, the media recalled the need to refrain from showing dramatic films and programs with female actresses and showing Afghan and foreign films that promote “inappropriate ethical standards.”