RBC: The Association of Beer Producers warned of disruptions in the supply of beer to bars from September 1 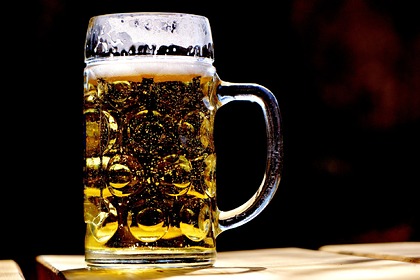 Mandatory beer labeling, which will appear in Russia from September 2022 could trigger a collapse in the brewing market. Experts predicted a shortage of the drink, its rise in price and failure of supplies to bars, RBC reports.

The representative of the Association of Beer Producers (APP), which unites AB InBev Efes, Baltika and Heineken, said that the timing of the introduction of beer labeling, which were established by the Ministry of Industry and Trade are unrealistic.

“As early as September 1, disruptions in the supply of draft beer to public catering outlets may begin, and at the end of the year this situation may spread to other segments,” the informant warned the Russians.

The APP added that the question of the coexistence of two systems – the Unified State Automated Information System (EGAIS) and labeling – has not been resolved, since the regulators promised that only one of them would be used.
In addition, over the next nine months, suppliers of specialized equipment for the introduction of marking will not meet the needs of the Russian market. It will take time to install and test these technologies.

Oraz Durdyev, Director for Legal Affairs and Corporate Relations of AB InBev Efes, said that the timing of the introduction of the marking should be shifted by several years. In his opinion, current market conditions should be taken into account: restrictions due to COVID-19, interruptions in the supply of IT solutions and global problems with logistics. The introduction of labeling in 2022 will stop production and create a shortage of jobs.

“It will also have a direct impact on consumers who will face a shortage and the absence of their favorite products on the shelves,” concluded Durdyev.

On December 1, the labeling of milk and mineral water came into force in Russia. This requirement applies to products with a shelf life of up to 40 days inclusive.