Suslov, arrested in the case of high treason, may be linked to a major fraud case 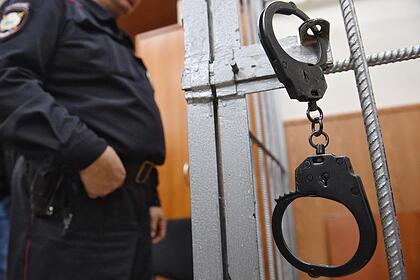 Russian Kirill Suslov, who was subsequently arrested by FS within the framework of a criminal treason case, may be associated with a major fraud case. MK.RU writes about this, and the relevant information is presented in open sources.

According to the published data, we are talking about ten episodes of fraudulent actions committed by a resident of Khanty-Mansiysk Suslov, who worked as the chief of staff of civil defense of the department of material and technical supplies in the “Center for Disaster Medicine” (CMC).

For example, in 2016, the attacker told a colleague that he was ready to help her with employment at the Foreign Ministry and sell her position at the Russian embassy in Finland. The woman agreed to the deal and for four years paid him 2.6 million rubles in parts, but she never got the promised job.

Later that year, Suslov expressed his readiness to help the new victim in concluding a state contract with the Ministry of Internal Affairs and extorted more than 1.6 million rubles from her. In 2019, he tried to sell a six-wheeled all-terrain vehicle produced in 2004, which was on the balance sheet of TsMK: after convincing the buyer that the device was decommissioned, he entered into an agreement in the amount of 273 thousand rubles.

In addition, the fraudster attempted to sell allegedly the mothballed plane and land plots at a bargain price, which in reality did not exist – having received the money, the man disappeared. It is known that in the course of some scams he used a fake ID of an FSB officer addressed to the deputy head of the 3rd department, Major Suslov.

As a result, in November last year, Suslov was found guilty of fraud and sentenced to five years and nine months in a general regime colony. In addition, the convict will have to satisfy the civil claims of the victims totaling 13.5 million rubles.

The fact that citizen Suslov, accused of committing a crime under Article 275 of the Criminal Code of the Russian Federation (“high treason”), was sent to a pre-trial detention center for two months, it became known on Friday, December 3. The court clarified that at the time of the election of the preventive measure, he did not work anywhere. The media have no other details and circumstances of the case.