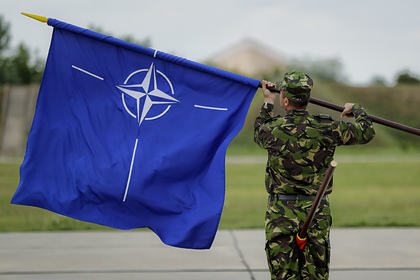 a potential war with the state, says political scientist Sergei Markov. In a conversation with Lenta.ru, he noted that many countries are beginning to understand the danger of escalating tensions around Russia and want to prevent a possible conflict.

Norwegian Foreign Minister Anniken Witfeldt said that the new government of the country opposes the movement of NATO allies near the borders of Russia and plans to limit them. According to Witfeldt, a military presence in the surrounding areas is important for Norway, but “it would be better if we manage on our own in the immediate vicinity of the Russian border – with the help of Norwegian aircraft and frigates.”

“Fear brings back a sense of reality,” Markov explained. – The West is quite obviously carrying out a hysterical propaganda campaign against Russia, and the monstrous lie of this story is obvious, when the States, located thousands of kilometers from us, send their ships to the Black Sea to the Russian borders and talk about aggressiveness. Such escalation of tension at some point may lead to an outbreak of hostilities between Russia and NATO troops. But countries are beginning to understand that no one needs this. ”

The political scientist did not rule out the introduction of Russian troops into the territory of Ukraine. At the same time, according to him, it will not be about military actions – the overwhelming majority of the military will quickly go over to the side of Russia – but about the beginning of an uprising with the help of Russia in de-occupation.

“And Norway understood what permanent whipping up will not end well, this prompted them to make adequate statements. The country's Foreign Ministry says: stop challenging Russia, stop jumping on it. Unfortunately, so far there are few such statements, but rationality is still good. Let's hope that other countries will follow Norway's example, ”concluded Markov.

In the spring, the Russian Foreign Ministry reproached Norway for militarizing the Arctic after a US nuclear submarine entered the civilian harbor of Tromso in northern Norway on May 10. Ministry spokeswoman Maria Zakharova accused Oslo of escalating tension in the region, which she linked to the country's desire to please NATO partners.