Lukashenko: the economy of Belarus is under unprecedented pressure 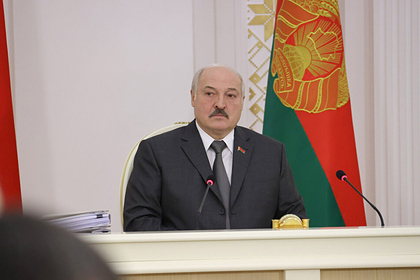 The Belarusian economy has come under pressure from outside of unprecedented scale and depth. This was stated by the President of the Republic Alexander Lukashenko, BelTA writes.

He noted that aggressive rhetoric persists, it is necessary to conduct a “thorough analysis of the measures taken.” The President also said that the country has managed to maintain economic growth.

Lukashenko added that Belarus pays impeccably on the state debt and has no right to lose this reputation. The country's budget for 2022 is formed with a deficit. He also wondered if everyone “is saving and straining to reduce unnecessary expenses, which we have a lot of.”

According to the president, the main task for the next year is to increase exports and gain a foothold in world markets. “As long as there is an opportunity to sell and gain a foothold in the world markets – and this will not be long – we need to act,” he added. Lukashenko considers it important to intensively increase foreign exchange earnings in order to get a strong Belarusian ruble. To do this, you need not to miss the moment to “declare yourself on the world market.”

Earlier it became known that the US Treasury issued a new package of sanctions against Belarus. It included 20 individuals, 12 organizations and three aircraft. In particular, measures will be introduced against Dmitry Lukashenko, the middle son of the President of Belarus. Legal entities include producers of potash fertilizers, the air carrier Transaviaexport, the presidential sports club and the tour operator Centerkurort.