Former Chancellor of the British Treasury: Elizabeth II asked to see Obama out of the banquet 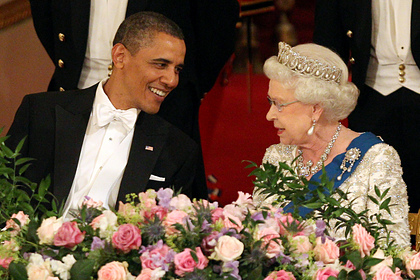 asked him to escort the then US President Barack Obama from dinner at Buckingham Palace, because the Queen was tired and wanted to sleep. Osborne's story is published by Business Insider.

During an official reception, to which Barack Obama and his wife Michelle were invited as guests of honor, Elizabeth II approached the ex-chancellor and asked him to hand him over to the American president. left the banquet – it was late and the queen wanted to go to bed.

“I looked at Barack Obama, who was having a great time drinking vodka and martini with his buddies, and I thought:“ Oh my god, I'll be that a person who should go and tell him to go home, “” Osborne recalled.

It is noted that the matter concerns Obama's 2011 visit to the UK. At the same time, the ex-president of the United States made a mistake during the toast. He began it with the words “For Her Majesty the Queen,” after which the orchestra began to play the British anthem, and Obama continued the toast against the background of music.