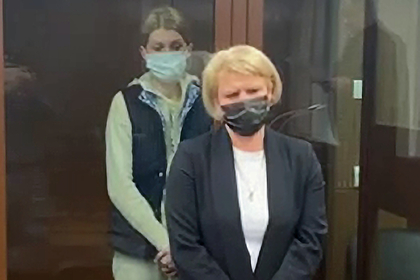 Deputy Minister of Education Marina Rakova, accused of fraud. This was reported to “Lente.ru” in the press service of the court.

Thus, the request of the investigation was granted. It follows from the ruling that the preventive measure in the form of detention was extended until March 6, 2022.

On December 2, the Interior Ministry investigators brought the ex-official a new charge of fraud in a criminal case on the fictitious employment of her husband Artur Stetsenko. According to the investigation, she, in the post of general director of the Fund for New Forms of Education Development, issued forged documents for her husband, who from 2017 to 2019 received nine million rubles as a salary, without fulfilling his labor obligations.

19 November, Rakova was charged with a new episode: fraud related to fictitious employment of people at the Russian Academy of National Economy and Civil Service (RANEPA). She does not admit her guilt.