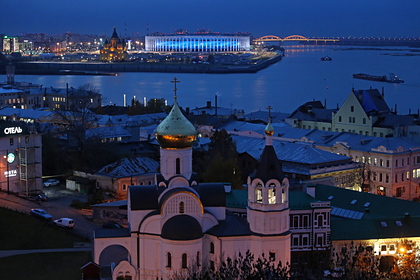 Nizhny Novgorod will host a charity excursion festival “The Wealth of a Million”. This was reported on the website of the City Administration.

It is known that famous Nizhny Novgorod residents Sergey Gorin, Alexander Serikov, Alexander Simagin, Vladimir Kamaldinov, Anna Talanova, Vakhtang Dzhaniashvili and Olga will act as authors and guides of the excursions, which will take place on December 4 Clover.

The event is held within the framework of the project of the same name, which became the winner of the city competition of social projects “Open Nizhny” in the direction of “Cultural Nizhny”. The organizer of the festival is the Nizhny Novgorod Land Charitable Foundation.

The program of the event will include a series of charity guided tours for visitors of all ages. It is noted that contests, games and a general photo session will also be organized at the festival.

In November it was reported that a new art space “Millionka” would appear in Nizhny Novgorod. They decided to devote the project of historical and cultural tourism to the history of the poor who lived in the 19th century. It will demonstrate the system of values ​​and everyday life in which the writer Maxim Gorky worked.