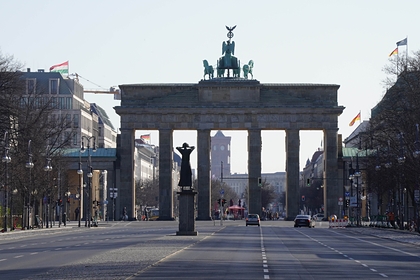 favor of Russia, threatened with extradition from Berlin to London. Reuters writes about this.

A British citizen named David S. passed on some information to Russian intelligence, in exchange for receiving cash payments. The alleged “spy” faces extradition to Britain. The Brandenburg State Prosecutor's Office has confirmed that the request has already been submitted to London.

German media, referring to the defendant's lawyer, write that he does not want to return to Britain.

The investigation claims that the man has been spying on Russia since at least November 2020. Prior to his arrest, David worked as a staff member at the British Embassy in Berlin. The investigation was conducted jointly by British and German law enforcement officers.

On August 11, the Prosecutor General of Germany announced that officers of the Federal Criminal Police Office had detained a 57-year-old British man in Potsdam. Scotland Yard confirmed this information.

German Foreign Minister Heiko Maas said that the German side is closely following the investigation of this case. Later, the men found the Russian flag and the symbols of the Navy in the apartment, as well as army caps, a plush dog and books about the Great Patriotic War.