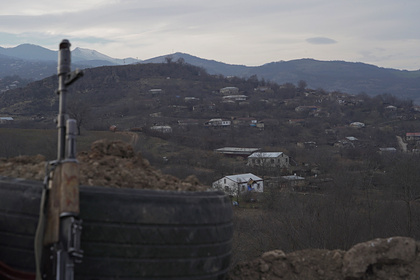 National Security Service (SNB) of the Nagorno Karabakh Republic ) accused the Azerbaijani military of killing a civilian in the village of Chartar, Martuni region. Sputnik Armenia reports this with reference to the security department.

On the border of Armenia and Azerbaijan, the fighting began. The Russian military base in Gyumri was put on alert 00:04 – 22 November

Prior to that, it was reported that a resident of Chartar got lost and ended up in the territory controlled by the Armed Forces (AF) of Azerbaijan, as a result of which he was detained by the local military.

< p> The SNB said that on December 3, Azerbaijani servicemen entered the neutral zone near Charthar and “used violence” against a local resident, Seyran Sargsyan. It is noted that after that the man was taken to the Azerbaijani post and killed.

The department also said that the incident was recorded by video surveillance cameras installed in the Armenian territory. On the fact of the incident, the NKR law enforcement agencies opened a criminal case and began to carry out investigative actions.

Earlier, the Ministry of Defense of Azerbaijan reported that an attack on an Azerbaijani soldier was committed in Nagorno-Karabakh. According to the ministry, the “person of Armenian origin” tried to take possession of the soldier's weapon, as a result of which the latter was forced to neutralize the attacker.