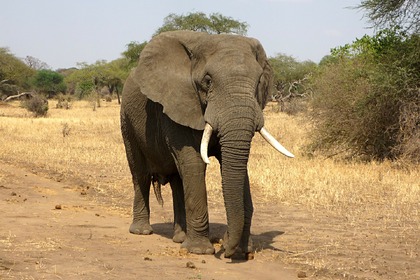 the city of Karachi and found out that one of the animals, which for 12 years was considered a male, turned out to be an elephant. Reported by Dawn.

In September, a court appointed German veterinarian Frank Goritz to check the health of four elephants after an animal welfare NGO demanded that the elephants be provided with a suitable habitat. A team of six veterinarians led by Goritz conducted a visual examination of the animals' condition, took blood samples for analysis, observed behavior, examined the legs and teeth of the elephants, and took measurements to assess the condition of the animals.

“The general physical condition of the elephants is satisfactory, but they have a slight degree of obesity and mild subcutaneous edema. However, both animals at the Karachi Zoo have low blood hemoglobin levels and reduced red blood cell counts, ”the specialists said in an interim report. A male named Sonu, who lived for 12 years in a safari park, turned out to be a female: an ultrasound examination revealed inactive ovaries.

The team suggested immediate measures to be taken to improve the condition of the elephants, including training to take care of the elephants' legs, surgical removal of damaged and infected tusks, followed by treatment, and vaccination. Experts said that the animals can suffer from pain in the teeth, and this problem can pose a threat to their lives.

“Although the general physical condition of the elephants is good, there are signs of inadequate care for the animals.” p>

Goritz asked the judges under the leadership of Ahmed Rajput to give an additional two weeks to wait for the results of some tests. He stated that he will provide detailed results of the assessment and provide a report with specific recommendations.

Earlier it was reported that in the Aquarium in Sardinia, Italy, in an aquarium where there were no males, a shark belonging to the family of mustelids was born sharks. Presumably, the baby shark was born through parthenogenesis – a form of reproduction in which female reproductive cells develop into an adult organism on their own, without fertilization.