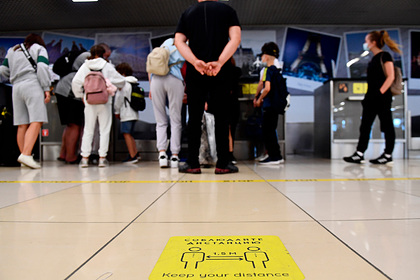 A Russian tourist returning home from Egypt staged a drunken brawl aboard the plane and went on trial – for violation of public order, he was brought to administrative responsibility. This was reported on the website of the transport department of the Ministry of Internal Affairs of Russia for the Ural Federal District.

The incident took place yesterday, November 2. As it became known, one of the passengers of the flight Sharm el-Sheikh – Yekaterinburg, being drunk during the flight, made a riot on board the liner. The man used obscene language to the flight attendants and spat at the passengers, and also tried to break the partition in the aircraft cabin.

After the plane landed at the Koltsovo airport in Yekaterinburg, the offender was detained by the police. The Russian was taken to the duty unit, and then to a medical institution for examination – traces of alcohol were found in his blood. At present, protocols on administrative violations have been drawn up against the passenger.

Earlier in November, it was reported about a US resident who made a drunken brawl on the plane and screamed “shoot me” fought with the flight attendants. It was noted that other passengers managed to neutralize the rowdy and immobilize her until the end of the flight by tying her up.