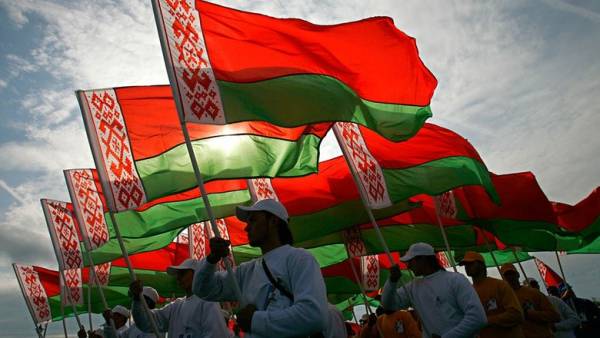 “Exclusively in & nbsp; as an answer, we, as & nbsp; stated earlier, will take tough, asymmetric, but adequate measures & nbsp; ;, & nbsp; & mdash; was assured in the & nbsp; ministry.

According to the Ministry of Foreign Affairs of Belarus, European officials “invented some kind of aggression”, ignoring common sense and the facts provided and the attempts of Minsk to curb illegal migration.

The & nbsp; department added that & nbsp; the European Union continued the course of “ demonization '' countries, and & nbsp; the purpose of imposing sanctions & nbsp; & mdash; “ to economically strangle Belarus, to make it as difficult as possible and & nbsp; to worsen the life of Belarusians. '' , demand the abolition of the “ barbarian '' sanctions measures. “ Tens of thousands of Belarusian citizens and & nbsp; members of their & nbsp; families, European consumers, suppliers, businessmen and & nbsp; companies will suffer. Such & ldquo; little things & rdquo; for & nbsp; they do not & nbsp; mean anything when you want to play & nbsp; geopolitics & raquo;, & nbsp; & mdash; indicated in the & nbsp; department, adding that & nbsp; sanctions meet European business interests and & nbsp; their & nbsp; adoption will allow them & nbsp; to get rid of & nbsp; competitors.

“It is obvious that & nbsp; this pressure will continue in & nbsp; blind rage from & nbsp; & nbsp; lack of result. In & nbsp; in this case, the result for & nbsp; europoliticians & nbsp; & mdash; destruction of Belarus as a sovereign, economically successful state & raquo;, & nbsp; & mdash; concluded in the & nbsp; Foreign Ministry, adding that & nbsp; urge the European Union to “ think again ''.