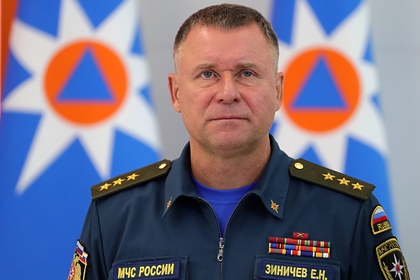 Evgeniya Zinicheva. This is reported by TASS.

Zinichev died during an exercise in Norilsk in September 2021. Earlier, the decision to rename Polskaya Street in honor of Zinichev was made by a toponymic commission. A representative of the City Council said that they plan to build a school and a kindergarten in the area.

“Yevgeny Zinichev is a Hero of Russia who died quite recently. This is a person who acted as governor, who did a lot for the Kaliningrad region, “said the head of Kaliningrad, Yevgeny Lyubivy, and stressed that a street in the city has the right to be named after Zinichev.

In 2015, Zinichev was the head of the department FSB for the Kaliningrad region, and in 2016 he was acting as the governor. Zinichev died on September 8 during a training exercise while trying to rescue director Alexander Melnik, who had arrived in Norilsk to prepare the filming of a new documentary. The miller also died.

Earlier in November it became known that one of the streets of Grozny would be renamed in honor of Zinichev. According to the head of Chechnya, Ramzan Kadyrov, Zinichev's name will be given to Lagernaya Street, adjacent to the building of the Ministry of Emergency Situations in Chechnya. It is also planned to install a memorial plaque there.