Foreign Minister Lavrov: Russia will work closely with everyone who is ready to work together 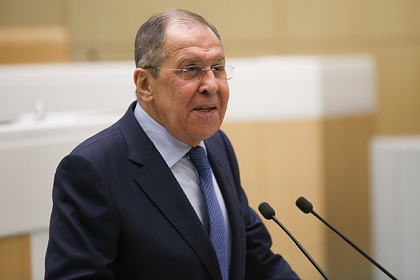 Moscow will continue to contribute to strengthening security at the global and regional levels and pay close attention to human rights and their protection, including solving migration problems based on the principles of justice and humanity. This was stated by the head of the Russian Ministry of Foreign Affairs Sergei Lavrov in a video message to the participants of the International Interparty Forum “Global Challenges of the XXI Century: Interparty Dimension”.

“Russia – the largest Eurasian and Euro-Pacific power, a permanent member of the UN Security Council – will continue to promote the strengthening of global and regional security and stability in all dimensions, work to overcome the many problems of our time on the solid foundation of international law, primarily the principles of the UN Charter. Among our unconditional priorities are counteraction to racism and xenophobia, aggressive nationalism and neo-Nazism, any other forms of intolerance and discrimination, including on ethnic and linguistic grounds. We will continue to pay increased attention to upholding the cultural and civilizational diversity of the modern world, ensuring socio-economic human rights, including a fair and humane solution to migration problems, “- reports the Minister of TASS.

Sergey Lavrov also noted that Russia is ready to work closely with everyone who shows their interest in cooperation. “I hope that the activities of the United Russia commission on international cooperation and support of compatriots, formed on behalf of Russian President Vladimir Putin, and which I have been instructed to lead, will also contribute to the common cause, will contribute to maintaining an atmosphere of friendship, trust and mutual understanding between peoples”, – he said.

According to the minister, the geography of United Russia’s international activities is extensive: partnerships have been established with many political parties and movements on all continents.

The head of the ministry stressed that interaction between political parties and associations have not lost their relevance and are especially in demand now, when the situation in the world remains extremely tense.

“Representing the interests of millions of citizens, they serve as an important link between the executive authorities, legislative assemblies and civil society. The flexibility inherent in party and parliamentary diplomacy is an important help in the daily work of the foreign ministries, ”the minister concluded.