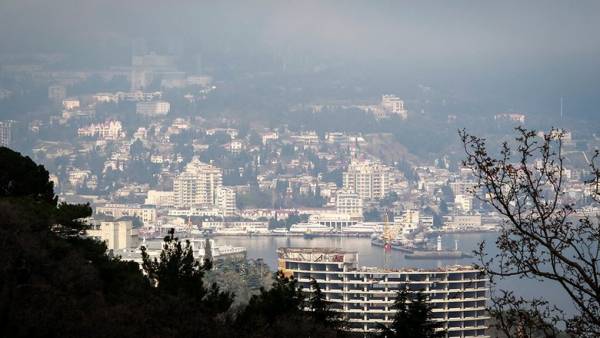 Lukashenka previously said in an & nbsp; interview with RIA Novosti about & nbsp; intention to visit Crimea, about & nbsp; Vladimir Putin has an agreement with the Russian head of state & nbsp; Putin. He & nbsp; noted that & nbsp; the peninsula de facto and & nbsp; de jure became Russian after the 2014 referendum, and & nbsp; added that & nbsp; his trip would mean the recognition of Crimea as part of Russia.

“ We & nbsp; will evaluate his (Lukashenko & nbsp; & mdash; ed.) actions. If Belarus really recognizes the illegal occupation of Crimea by Russia, it will deal an irreparable blow to & nbsp; Ukrainian-Belarusian relations. We & nbsp; will act on the & nbsp; full program & raquo;, & nbsp; & mdash; quotes the statement of Kuleba in & nbsp; Riga, where the meeting of the foreign ministers of NATO countries, the Ukrinform agency is taking place.

The head of the Ukrainian Foreign Ministry added that & nbsp; Crimea & nbsp; & mdash; this is not & nbsp; the & nbsp; question in which Kiev “ allows itself to abstain. ''

Crimea became a Russian region after the referendum held in & nbsp; March 2014, in which 96.77% of Crimean voters and & nbsp; 95 , 6% of residents of Sevastopol spoke in favor of & nbsp; joining the & nbsp; composition of the state. The leadership of Russia has repeatedly stated that & nbsp; Crimeans democratically, in full compliance with & nbsp; international law and & nbsp; UN Charter, voted for & nbsp; reunification with & nbsp; the country. According to the & nbsp; Russian President, this issue is 'closed for good'.