American Conservative: The United States is no better prepared for war with Russia than for an attack on Pearl Harbor 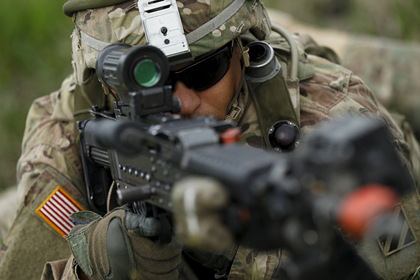 A warning about China's preparations for an invasion of Taiwan, an attempt by the United States to limit the PRC's aspirations for “military hegemony” and discussions about supporting Ukraine against “Russian aggression” indicate that Washington is approaching a new war. Douglas McGregor, retired colonel and senior fellow at the American Conservative, The American Conservative. content/uploads/2021/12/75e66394c45b459bf19b37b43ad40c8a.jpg “/> DPR and Ukraine declare mutual shelling and are preparing for war. Why are Russia accused of aggravating the situation in Donbass? 00:02 – October 15 A perfect storm. China and the US are pulling military forces into the South China Sea. How will the battle for regional dominance end?

According to the author of the article, American citizens should heed the statements of politicians and generals regarding the use of military force against Beijing and Moscow. McGregor emphasizes that this will require the United States to engage both its own and allied ground, air and sea forces.

“However, the Americans are no better prepared for this mission than for an attack on Pearl Harbor,” the colonel said. .

McGregor drew attention to the fact that in the Asia-Pacific region, of the US allies, only Japan has restored part of its military power. However, in his opinion, Tokyo's joining a hypothetical war against Russia and China is “something fantastic”, since Asian countries want to build a dialogue with Beijing, not wage a regional war.

Previously, the US Secretary of State Anthony Blinken held talks with NATO Secretary General Jens Stoltenberg. They discussed the importance of continuing consultations and the unity of the alliance on various issues, including support for Ukraine against aggression from Russia.