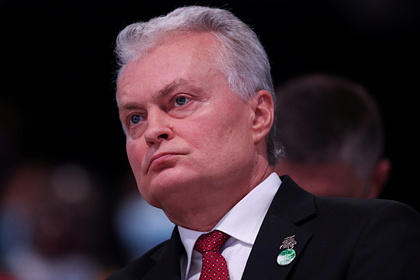 Russian spy Nauseda was found in the Lithuanian parliament surrounded by the President of Lithuania Gitanas. Deputy Mindaugas Linge saw the Kremlin agent in the presidential adviser Jurat Shoven. The legislator's words are reported by Baltnews.

Linge called Chauvene a “Russian spy” for his proposal to reduce the number of signatures required for a national referendum in Lithuania. According to the deputy, the implementation of such a relaxation will have a bad effect on the national security of the country and make it vulnerable to random initiatives.

“The Russian Embassy has probably already happily reported to the services in the Kremlin about the president's support [at the initiative of his advisor].” , – suggested Linge.

Earlier in Lithuania, the chairman of the Socialist Popular Front Algirdas Paleckis was sent to prison for six years on charges of espionage for Russia. According to investigators, he passed secret data to the Russian Foreign Intelligence Service.