The US has tightened requirements for Russian airlines

The U.S. government has tightened requirements for the three Russian airlines should be of the order published on the website of the U.S. Department of transportation. In accordance with the new order, the company “Aeroflot”, “Yakutia” and AirBridgeCargo airlines are now required to provide graphs of all “combination cargo” flights, at least one of the destinations of which are the American airports. 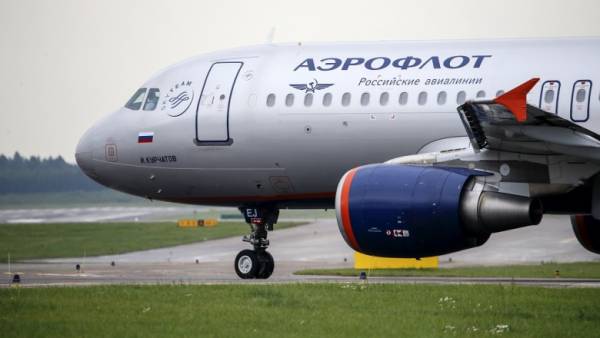 In addition to the map of flights of the company are required to disclose information about their duration, frequency, time of departure and arrival and the type of equipment used. This information must be submitted at least 30 days prior to the flight.

The reason for tougher measures against Russian companies in the American Ministry called the actions of the Russian authorities. The document clarifies that Russia “has deviated from the regime of reciprocity, when he refused to allow the cargo carriers in the United States for crossing Russian airspace , instead, unilaterally changing the route on the East point of arrival in the Russian airspace”. These steps, noted in the Ministry, resulted in significant violations of the cargo flights between Europe and Asia.

That the period of transit permits for American airlines is about to end, became known in mid-April, when the U.S. State Department said that the Ministry of transport of Russia has postponed talks on the extension of permits in force before may. By a resolution on three of the four routes were extended until October, and Maxim Sokolov, who was at that time a post of the Minister of transport, said that he expects to start negotiations with the United States on the fourth soon.