Adviser to Vladimir Putin may become Dmitry Peskov from ASI

New Advisor of the President of Russia Vladimir Putin can become the Director of the direction “Young professionals” Agency for strategic initiatives (ASI), Dmitry Peskov. It is reported by RBC with reference to two sources close to the Kremlin. The appointment may take place in the coming days, said one of them. 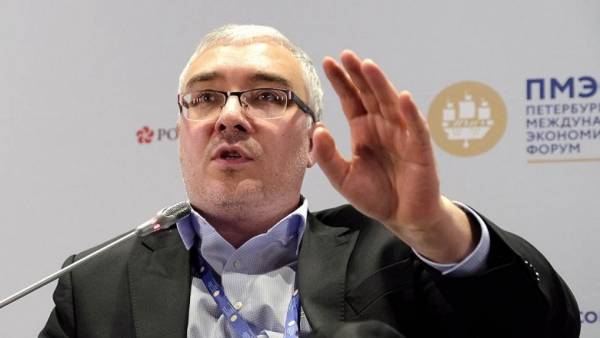 As Advisor to the President Mr. Sands will oversee the same directions as in the ASI, said the sources. At the Agency he oversees training issues, including the reform of secondary vocational education. Dmitry Peskov in particular was involved in organizing the championship of working professions WorldSkills. Mr. Sands is also the coordinator of the program “national technology initiative”, co-leader of the band “talent and education” programs “Digital economy”.

Dmitry Peskov in response to the question about his possible appointment said: “I currently continue to work in ASI at the task. To comment on the rumors can’t.” The press service of the ASI stated that it has no information on the appointment of Mr Peskov.

Now Vladimir Putin has nine advisers. However, the President has not had reassignment of his administration after the election. The term of the employment contract advisors and assistants to the President tied to the term of office of the President. Interlocutors “” say that the reassignment after two years of operation may not receive the adviser of the President, the Chairman of the Council of the Institute of Internet development Herman Klimenko.