Moscow. May 28. INTERFAX.RU — the Russian military has denied reports about the interception by the aircraft of VC two Israeli fighters into Lebanese airspace. 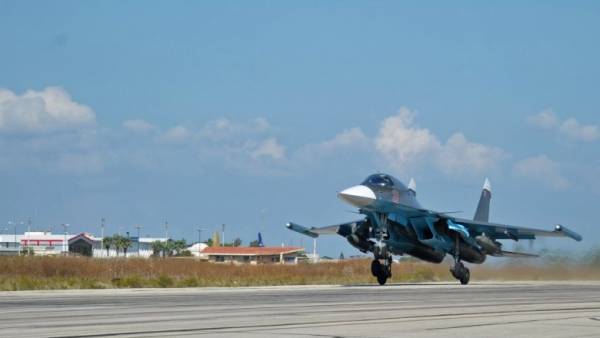 “In the Russian air group in Syria multifunctional su-34 bombers are not used for departures to intercept air targets and do not perform tasks in the airspace of Lebanon”, — stated in the message of the defense Ministry, released on Monday.

“The information spread by one of the Israeli news sources about the alleged intercept Russian su-34 two Israeli F-16 in the air space of Lebanon — amateurish nonsense,” — said the defense Ministry.

On Monday, The Times of Israel wrote that the Russian fighter-bombers, possibly accompanied by two F-16 military-air forces of Israel in the skies over Lebanon.

Lebanese Agency, “al-Mazdar” in turn, said that Russian military aircraft for the first time in a month went from Syria to Lebanese airspace. What purpose fighters crossed the border is unknown, noted, “al-Mazdar”.