The founder of Amazon, explained the necessity of the colonization of the moon

Founder and CEO of online retailer Amazon Jeff Bezos has promised to use his space project Blue Origin to develop robotic Rovers and the search for the moon of the places suitable for human habitation, even if these projects do not receive funding from the government of the United States. According to The Wall Street Journal. 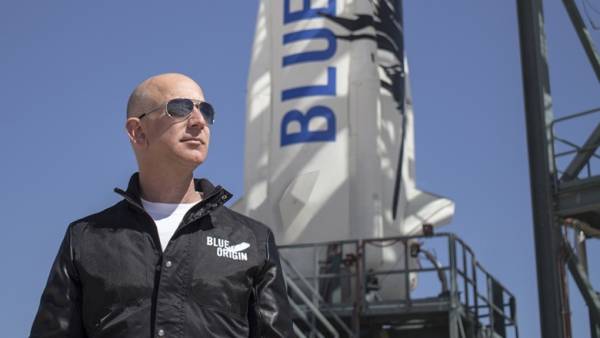 In his opinion, all these efforts — the question of long-term survival of humanity. “It’s not something that we can do is what we ought to do”, — said the richest businessman according to Forbes. The American edition estimates his fortune at $112 billion, Bezos is confident that the colonization of the moon is the only chance of survival for the human race.

the Dark side of the moon: why the Chinese want to land on the invisible part of the satellite

The businessman said that he would like to “go to space” together with the U.S. government and the European Union, but is ready to go all that way alone. According to the founder of Amazon, if humanity will go into space, he would have to stop its growth and development on the Land due to environmental and other factors. “It’s not the future I want for my grandchildren and great-grandchildren”, — said Bezos.

The founder of Amazon for a long time making grandiose plans to explore the moon, in particular, he plans to build a base on the only satellite of the Earth. His startup, Blue Origin is going to put the first tourist flights into space in 2018

“I think we should build a permanent base for humans on one of the poles of the moon. It’s time to return to the moon and stay there,” — said earlier Bezos. He clarified that proposed the idea of “return to the moon” NASA. “We wanted to create a cargo ship. We called the Blue Moon. We also have technology that will allow us to send large cargo to the moon,” said the billionaire.