Life on the surface: five of the most unusual inhabitants of the Black sea

MOSCOW, may 27 — RIA Novosti, Alfia Enikeeva. The depth of the Black sea is two miles away, but all life in it is concentrated in the surface layer, no deeper than 150 meters, where the concentration of salt and hydrogen sulphide is not so great. Most of the inhabitants of the black sea shallow — water and coastal species. Many of them are frightening, beautiful and unusual creatures. 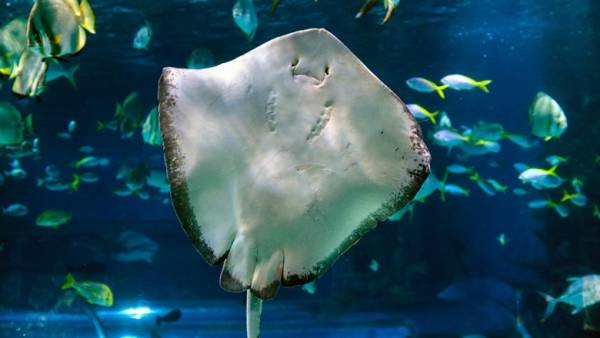 Not only snakes shed their skin

Although at the bottom of the Black sea no one living, except anaerobic bacteria, one of the inhabitants of the black sea may well be mistaken for deep. We are talking about the black sea scorpene (Scorpaena porcus). Big head, bulging eyes, enormous mouth with thick lips. Whole body covered with numerous excrescences: one short, similar to the moss, others long and branched, like seaweed or corals.

In General, skorpena is a marine ruff. But sometimes, it is compared with a snake. First, it is one of the most venomous fish in the world. Its barbed fins and bony spikes on its Gill slits, contain the poison, causing the man severe pain and inflammation. Second, as a snake, this fish monthly shedding his skin, and entirely in the form of a stocking.

By the way, despite poisonous, skorpena is very tasty, it makes a great ear, and its meat is considered a dietary.

In the Black sea can be found one of the largest jellyfish on the planet — comerota (Rhizostoma pulmo). It sometimes reaches a weight of ten pounds, and the diameter of the umbrella — eighty centimeters.

This animal is not one mouth, but eight. They are located on the tentacles, resembling the roots of marine plants. Jellyfish feed on plankton and fish larvae, which it incapacitates the poison contained in stinging cells. Small organisms pass through the pores in the mouth the blades and then through special channels fall in the throat and digestive cavity.

Unlike other species of jellyfish, kornerot can swim in any direction.

The black sea shark Katran (Squalus acanthias ponticus), rarely reaching more than five feet in length, is one of the most toothy. And her teeth are located not only in the mouth but throughout the body.