TOKYO, may 26 — RIA Novosti, Xenia Naka. The President of South Korea, moon Jae-In and the leader of the DPRK Kim Jong-UN held a Saturday meeting at the negotiation point Panmunjom in the demilitarized zone, he said on his official page in Facebook, the administration of South Korean President. 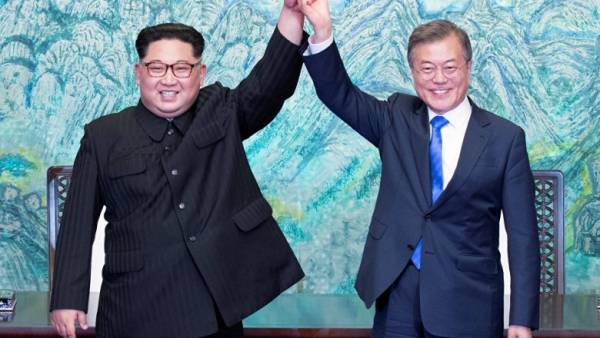 “The two leaders took a candid exchange of views in order to implement the Declaration on 27 April and successfully hold a summit of North Korea and the USA”, — said the press-Secretary of the South Korean President Yoon Yong Chan. He said that under a bilateral agreement, President moon Jae-In will announce the results of the meeting on Sunday at 10.00 am (4.00 GMT).

At the end of April the first 10 years of the summit between the leaders of South Korea and North Korea. Kim Jong-UN became the first North Korean leader who passed through the military demarcation line in the area of responsibility of South Korea. The summit adopted a joint Declaration in which North Korea and South Korea declared intention to achieve a complete denuclearization of the Korean Peninsula, to improve relations, aiming for shared prosperity and peaceful reunification.