NEW YORK, may 26. /TASS/. American astronaut Alan Bean who was the fourth man to walk on the moon, died on Saturday at the age of 86 years at the hospital. This is stated in the statement published on the website NASA. 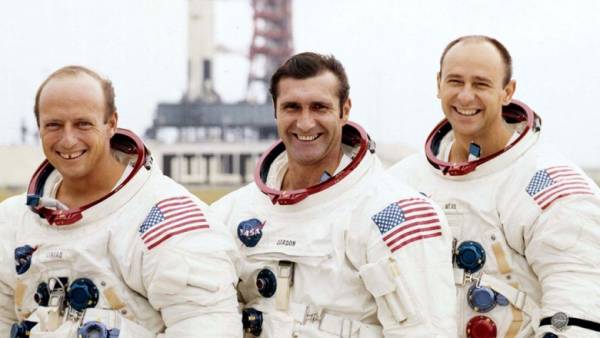 As noted by the space Agency, Bean felt bad about two weeks ago, when he was in Indiana. He was taken to a hospital in Houston (Texas). The astronaut died in the medical center surrounded by loved ones.

We will fondly remember Alan Bean as the great explorer who reached out to embrace the universe, says our administrator @JimBridenstine. More: https://t.co/xl9NUzVfOC. pic.twitter.com/Uhj5ZykpjS

“Alan was the strongest and most kind person I have ever met. He was the love of my life, I will terribly miss him” — presented in the statement of the word Leslie, wife Bina.

We’re saddened rated by the passing of astronaut Alan Bean. The fourth person to walk on the Moon, he spent 10+ hours on the lunar surface during Apollo 12. Bean was spacecraft commander of Skylab Mission II & devoted his retirement to painting. Family release: https://t.co/bX8eXNQlSq pic.twitter.com/NJPQULjGlw

Bean was selected for the astronaut corps in 1963, prior to that, he served as a military pilot. On the surface of the moon, he stepped in November 1969. He was then a member of the crew of the Apollo 12.