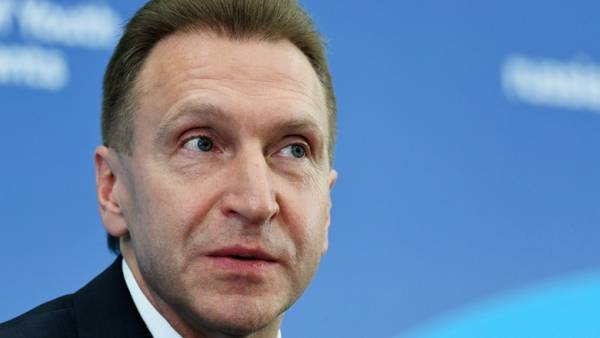 “Thank you for the trust will not fail”, — Shuvalov said in response to Putin’s proposal to head the Bank.

At present, VEB is led by Sergei Gorkov, who headed the Bank in 2016. As we learned earlier, Gorkov has canceled a trip to the economic forum in Saint Petersburg.

“It’s (VEB) development Institute below it, and so it became, necessary to support it, will need to capitalize. This is a separate issue, I know that you discussed it with the Prime Minister,” — said Putin at a meeting with Shuvalov.

The President also said about the Gorkov. “Sergey has done a lot to the Bank was revived and got back up on his feet, has achieved real results, success, think you will have a very good team. Against Sergey Nikolaevich also have some ideas, but I would like to see you all together while some work”, — Putin addressed to Shuvalov.