The DPRK has made the dismantling of the nuclear site “, Pungere” 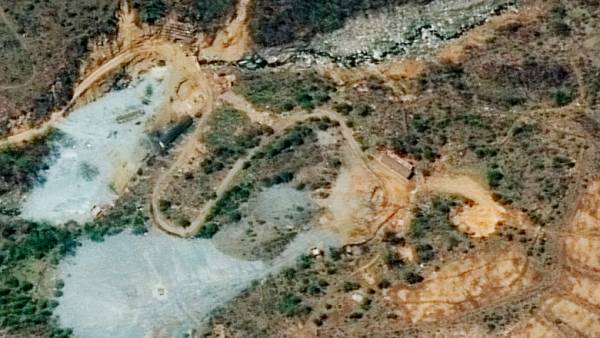 According to the correspondent of British channel Sky News, who was invited to the closing ceremony of the landfill, at the landfill site was made “a huge explosion”.

“There was a huge explosion, dust rained down on us, we were hit a heat wave. It was very loud,” said TV journalist Tom Cheshire. He added that the journalists watched the explosion from a distance of about 500 meters.

Correspondent of CNN, was also present at the event, noted that the landfill was not foreign experts, so it is difficult to assess the results of dismantling: completely destroyed the tunnels, it is possible to resume operation of the landfill in the future. According to him, apparently, was blown up not only tunnels, but building on the landfill site.

The correspondent stressed that the event is technically impossible to transfer photos and especially videos. Therefore, these data in the media will not appear until somewhat later.

Earlier, the representative of the DPRK, told reporters that the demolition will be made on may 24, if weather conditions are favorable.

A group of foreign journalists arrived in the DPRK for coverage of the closing ceremony of the polygon, on the eve went by train from the city of Wonsan in the direction of the location of the object. Among the journalists were representatives of British, Russian, Chinese, American and South Korean media.