The loneliest woman in America: rules of life Melania trump

US first lady Melania trump regularly under attack in the press and was forced to close the accounts in social networks. She spoke about her meeting and life with Donald trump, his son, and how the status of the wife of the President changed her life. 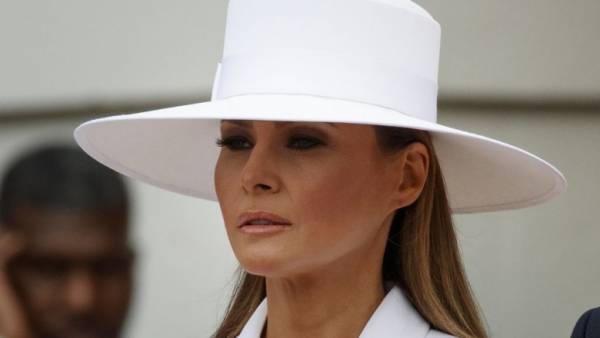 Melania, Knauss came to new York from Yugoslavia in the 90s to build a modeling career. Then at the age of 26 she had no idea which way she will go. Despite the fact that Melania was fully aware of the evils of billionaire Donald trump (among which the increased interest in women), she fell in love with him. Seven years later, the couple married. Melania trump became the first lady of America and perhaps the most discussed woman in the world.

We met in 1998 at the party. He asked for my phone number. I was told that the room will not give better he will give me the phone and I’ll call you.

Believe me, I am strong. So I cope with all this negativity in my family.

In society Donald fighter, but at home… I sometimes say that at home I have two sons, Barron and Donald.

I witnessed how women themselves come to him and give your phone number. Right in front of me. Why are you doing this, knowing that he was a married man, I asked them.

Before you criticize our relationship with Donald, I would advise them to look in the mirror and ask yourself the question: “And what they have achieved in their lives and what their family?”.

People, not knowing me, presume to accuse me.