The international space station will be a universal pole of cold

The specialists of the National Directorate of the USA on Aeronautics and space research sent into Earth orbit laboratory that is able to freeze particles of matter to near the temperature of absolute zero. Survive as long as possible in this state will help them experience weightlessness. 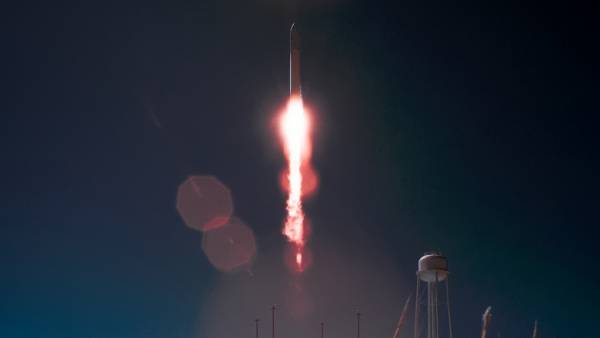 On the morning of may 21 (Moscow time) from the mid-Atlantic regional spaceport in Virginia launched rocket “Antares”, which takes Cold Atom Laboratory (“the Laboratory of cold atoms”, CAL) to the International space station.

Thanks to the system of magnets and lasers into the depths of the laboratory needs to condensation a Bose-Einstein condensate, that is, the substance in this state, when the particles cooled to a temperature of a billionth of a degree Kelvin.

This is almost equal to absolute zero or zero Kelvin (-273,15 degrees Celsius), which, as stated in the laws of thermodynamics, unattainable.

Equipment space laboratory allows scientists to conduct experiments for 6.5 hours a day and to do this remotely, without the help of the ISS astronauts.

Upon reaching absolute zero, random motion of particles stops completely. The opportunity to observe the behavior of particles under conditions close to the absolute, is of great interest to scientists.

Thanks to the microgravity in the orbit of the particles would survive in the condition of extremely low temperature to 10 seconds. On Earth this state lasts only a fraction of a second.

The minimum temperature in space, which can be found in its remote areas, it is 2.7 degrees Kelvin (or -270,45 degrees Celsius). NASA said that during the orbital experiment will create the point with the coldest temperature in the Universe. Stay CAL in orbit brings us closer to the impossible to the scientists of NASA.