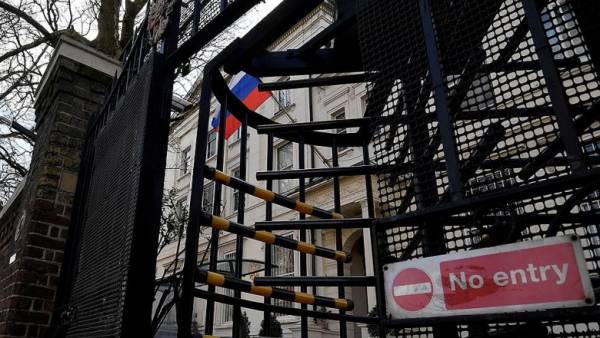 The UK needs to close the loopholes in their own legislation to thwart Moscow to use the country’s financial system to launder the proceeds of corruption, says the international relations Committee of the British Parliament. He released a report “Moscow gold: Russian corruption in the UK”, which outlined his view on the future strategy of confrontation with Russia. The main instruments of this struggle should be the adoption of additional anti-corruption laws and the disclosure of registers of beneficiaries of companies registered in the British offshore jurisdictions.

Report of parliamentarians (.pdf) calls on the UK government “to impose sanctions on a greater number of Kremlin-connected individuals and those who are responsible for gross violations of human rights… to close opportunities for Russia to issue sovereign debt with the help of which is under sanctions VTB Bank and… to prevent the storage of “dirty money” in the UK”. All this, according to parliamentarians, need to do because, despite the imposed US and EU sanctions, “the President (in Russia.— Kommersant) Putin and his allies continue to hide in London their corrupt income.”

British MPs believe that these revenues Vladimir Putin “supports his campaign to destroy the rules-based international system, harm our allies, and destroy the international network of mutual assistance that support the foreign policy of great Britain.”

MPs are worried that London is “not serious enough to ward off attacks by President Putin.”

The fight is proposed to strengthen at the expense of measures of the law on combating money laundering, as well as “strengthening ties with the overseas territories and crown dependencies”. There, recall, there are a lot of offshore zones, for example, the Isle of man, Jersey, Cayman and the virgin, popular with Russian businessmen. MPs to “welcome the government’s decision to help the overseas territories in the creation of a publicly available register of beneficiaries of companies registered there” before 2020.