The banned terrorist organization “Islamic state” (IG) has taken responsibility for the attack on the Church of the Archangel Michael in the center of Grozny. It is reported by the SITE Intelligence Group, which monitors terrorist-related media. 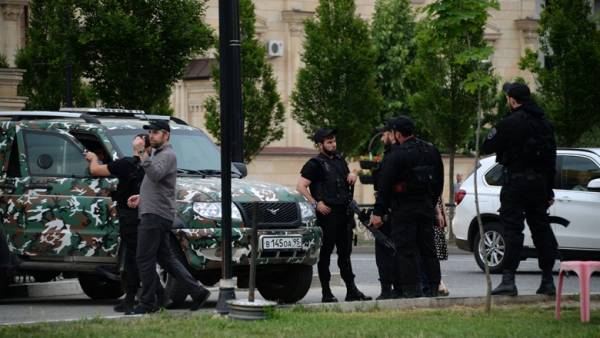 The attack took place around noon on Saturday. As reported by the head of Chechnya, Ramzan Kadyrov, four militants entered the Church of the Archangel Michael in the center of Grozny, to take the congregation hostage. Between fighters and arrived at the scene by police gunfire. As a result, four of the attackers were eliminated. Two police officers and one member died.

The identity of the militants are installed, three of them were residents of Chechnya, the fourth — born “, one of the neighboring regions,” Kadyrov said. According to him, “there is operational information that the order fighters received from one of the Western countries”.

As reported by “Kommersant” a source close to law enforcement bodies of Chechnya about the plans of the militants to make in a weekend terrorist attack in Grozny was known in advance. Therefore, the city had enhanced surveillance. Previously Kadyrov said that the Church was on duty policeman.