Moscow. May 18. INTERFAX.RU — Presented by Prime Minister Dmitry Medvedev’s candidacy in the new government talking about choice in favor of strong social policy against the background of strengthening the role of the Ministry of Finance, said a leading expert of the Foundation “Center of political technologies” Alexey Makarkin. 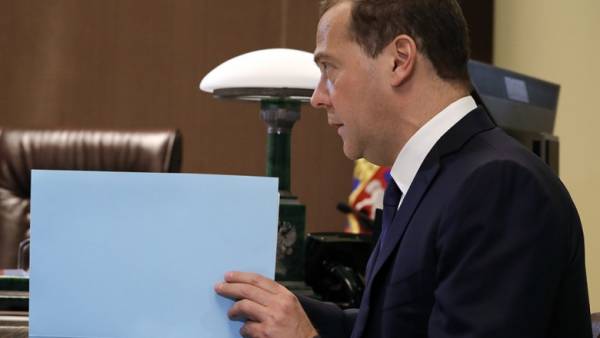 “This is a conservative option, which means two things. The first thing to be conducted is fairly rigid social policy. We see this at least in the beginning already a substantial discussion on the question of the retirement age,” said Makarkin on Friday, “Interfax”.

On the other hand, said the analyst, the new government, proposed by Medvedev, means that in the ideological sphere are unlikely to be any changes. “There was a plans are quite serious changes in education, changes in cultural policy — this does not happen, will continue in General, the former line of conduct,” — said the expert.

“The only that the functionality Vasilyeva (Olga Vasilieva offered the post of head of the education Ministry — Interfax) will be limited to high school, that is, with the promotion of conservative ideas in higher education must have resolved this issue to stop,” — said the Agency interlocutor.

Moreover, says Makarkin, “none of the new Vice-premiers, in addition to (Anton) Siluanov, too much strengthens its position”. “We see that (Tatiana) Golikova, for example, remains the old team that was in the social unit. For example, a very strong counterweight to the agrarian Deputy Prime Minister (Aleksey) Gordeyev will (Dmitry) Patrushev with its very serious impact,” — said the expert.