The Russian Embassy in London said that Russia is ready to share the experience of highway bridge construction, if the British side wants to build a ferry across the English channel between Britain and France. 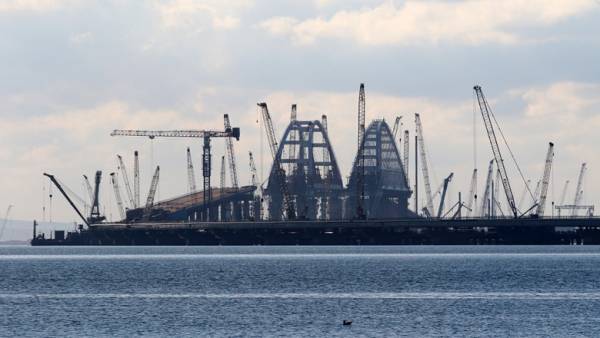 “We are ready to share the experience of building such complex objects London, for example, across the channel, if there is interest,” — said on the website of the Embassy.

The statement of the Embassy published after the Deputy foreign Minister of the UK, Alan Duncan called the opening of the bridge Crimea a violation of Ukraine’s sovereignty and an example of “irresponsible behavior” of Russia. Similar opinion came from Ukraine, Canada, NATO and the EU.

The construction of the bridge length of 19 km and a cost of almost 228 billion. began in February 2016. The President of Russia Vladimir Putin on 15 may he opened it, driving over the bridge at KAMAZ. Traffic on the ferry was launched on may 16.