In the UK chose the twins Prince Harry and Meghan Markle

The winners were photographed against the backdrop of Buckingham Palace and swept through the square in a carriage. 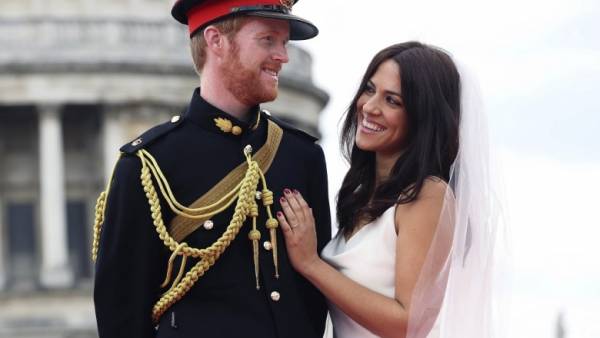 19 may in London will be the long-awaited wedding of Prince Harry and Meghan Markle. Almost everyone in the UK in recent months, revolves around this event. To coincide with the wedding, decided and the Royal couple look-alike contest.

Yesterday in London hosted the finals of the international competition. Of the more than three thousand participants to the final got only nine.

During the competitions they had to demonstrate the resemblance with Prince Harry and his bride, but beat a few situations. For example, offer hands and hearts.

The participants were assessed by a professional jury, consisting of unofficial biographer of Prince Harry Duncan Larcombe, an expert on twins, Susan Scott and professional double of Prince William Simon Watkinson.

In the end, the winners of the contest twins Prince Harry and Meghan Markle were the British Figure Wittek and Santisteban the Spaniard Inmaculada Serrano.

They took part in the “wedding” photo shoot on the background of Buckingham Palace and rode in a carriage through the square.

It is reported that all participants, who came to London for the finals, had the opportunity to visit Buckingham Palace and the wax Museum Madame Tussauds.