MOSCOW, may 15 — RIA Novosti, Alexander Chernyshev. Every large family has its own story. Some have six children, some twenty. To do this, parents are satisfied with their lives are special. What advice they give — in the material RIA Novosti. 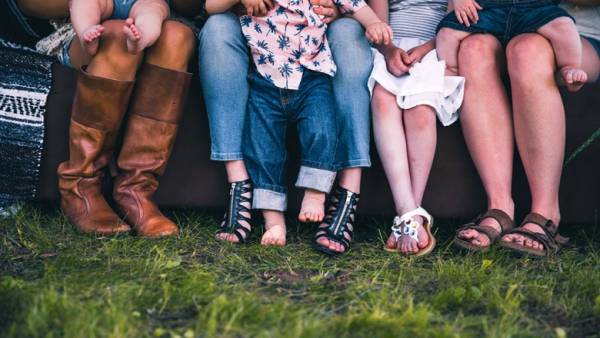 The cycle in the house

“Today in Russia, every fifth child from a large family,” — says the President of the center for assistance to large “Mohamma” Alina Kontareva in conversation with the correspondent of RIA Novosti. Not limited to five and even seven children in Moscow at the end of 2017 was about one hundred and fifty families, in which more than nine “Chicks”.

There are real heroes: Alexander and Elena Shishkin from the Voronezh region together with nine daughters and eleven sons were in the Book of records of Russia.

How to live the mother of wasternack

Youngest daughter now fourteen, and the eldest son of soon forty. Grandchildren Shishkin forty-eight — children do not lag behind parents. Oddly enough, formally Alexander and Elena are not considered parents for this at least three heirs must be less than eighteen years of age, and Shishkin only two minor daughters, all the rest are already adults. “My wife and there are plenty of medals and gold star “Mother-heroine”, says proudly Shishkin.

Earlier, when the house was young people, older children always helped with the younger. “They feed each other and play, and sometimes quarrel, but are always busy and under supervision”, — Alexander explains his approach to education.

He is sure that children should early be taught to perform basic household work, then the parents a little easier.Children — time, work — hour

The head of the family of time educating children was not enough — had to work to provide for daughters and sons. “Finances, of course, the main problem. Because of this, fathers in large families often do not pay attention to the children, and then they ask: “Mom, who’s this?” Youngest daughter I drive to school in a music school, with eldest sons on it just wasn’t time,” says Shishkin.

a single mom of five children has become an Internet star

Other large those of the same concerns. “I always think that I cheated someone of their attention,” said RIA Novosti the mother of six children from the village Warm in the Tula region of Liana Gorbachev.

To make time, she and her husband Alexander consistently painted the plans for the day, and for the next year. “Turns out this time management with a family bias. Dress up and eat too, try a clear schedule with no regime anywhere,” says Gorbachev.