MOSCOW, may 8 — RIA Novosti. The candidate for the post of Prime Minister of the Russian Federation Dmitry Medvedev at a meeting with the faction “Fair Russia” in the state Duma said that the initiative to increase the personal income tax in Russia is 15%, not likely to be implemented, said after consultations of the first Deputy Chairman of the faction Mikhail Emelyanov. 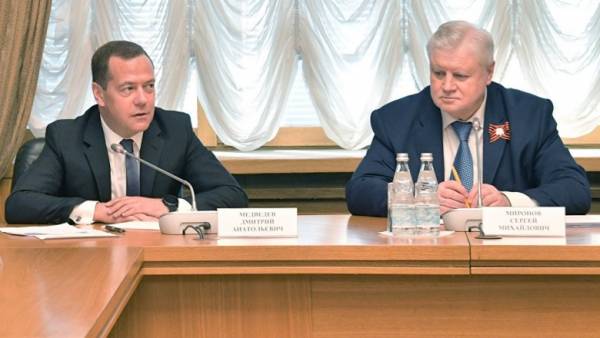 “He (Medvedev) has not expressed a very optimistic opinion about raising the personal income tax in Russia from 13 to 15%. He said not the fact that this will be implemented,” — said RIA Novosti Emelyanov.

According to the Deputy, Medvedev, commenting on the “not impressive” growth of the Russian economy, linked it with the anti-Russian sanctions.

Medvedev, whose candidature the President of the Russian Federation Vladimir Putin proposed to approve the post of Prime Minister, arrived on Tuesday in the state Duma to continue consultations with the parliamentary factions. On Monday, Medvedev has talked with the representatives of United Russia and the LDPR faction.