Moscow. May 5. INTERFAX.RU Two reconnaissance aircraft of the USA on Saturday made the next hours of flights near the land and Maritime borders of the Kaliningrad region, from the monitoring data, the Western aviation assets. 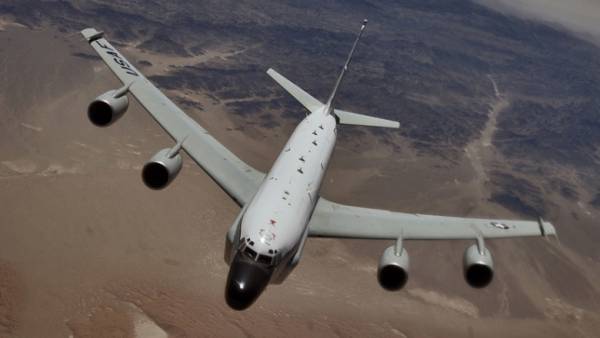 According to them, strategic reconnaissance aircraft, the U.S. air force RC-135V tail number and call sign 64-14844 TOKEN42 taking off from an air base Mildenhall in the UK for more than three hours cruised near the southern border of the Kaliningrad region, while in the airspace of Poland and its Maritime borders in the skies over the Baltic.

Meanwhile, another American reconnaissance patrol anti-submarine aircraft of the US Navy P-8A Poseidon tail number and call sign 168998 LANCR88, rising from the airbase ämari airbase in Estonia, a few hours of circling to the West of the Maritime boundary region over international waters of the Baltic sea.

As reported, on Friday the same U.S. aircraft also conducted many hours of exploration at the Maritime and land borders of the Kaliningrad region.

In addition, on Friday, the electronic reconnaissance aircraft long-range U.S. Navy EP-3E Aries II has implemented a five-hour flight off the coast of Crimea and Krasnodar territory.