MOSCOW, 5 may — RIA Novosti. Protests in the regions of Russia, some of which have not been agreed, has not collected a large number of participants, the serious violations of public order is not allowed, reported RIA Novosti on Saturday, the press centre of MIA of Russia. 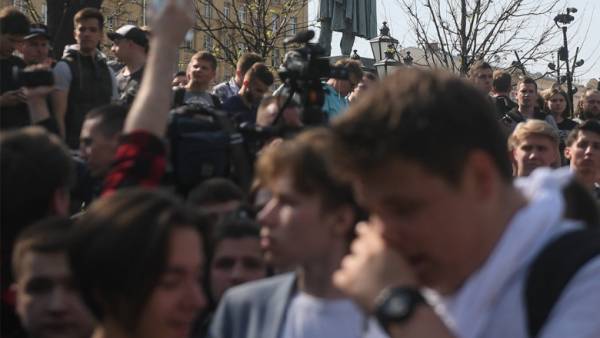 “Today in different regions have been socio-political activities. According to the organizers, their goal was to draw attention to the rights and freedoms of man and citizen. In most cities the events were held with a small number of participants,” — said the Agency interlocutor.

According to him, Petropavlovsk-Kamchatsky in the shares participated 3, Kursk — 15, eagle — 30, in Petrozavodsk — 40 people. Shares in Veliky Novgorod, Vladivostok, Abakan, Ulan-Ude, Ulyanovsk, Rostov-on-don, Pskov, Volgograd, Orenburg, Yaroslavl, Tver, Murmansk, Arkhangelsk, Vladimir, Ivanovo, Stavropol, and has collected from 50 to 200 people, in Irkutsk the event was attended by 200 people, and in Novosibirsk about 400.

“It is worth noting that not all of them were agreed with the local authorities. The police had taken all necessary measures to ensure law and order. In their conduct, significant violations of public order is not allowed”, — said the interior Ministry.

In unsanctioned protests in Moscow and St. Petersburg was attended by about 3.5 thousand people, said the Agency.