“The astrologer of the White house”: how mediums have influenced the life of world politicians

Recommendations the most trusted advisers of the world leaders often faded before the predictions of astrologers and various signs, on which they relied in making important decisions. So, the astrologer Joan Quigley after talking with U.S. President Ronald Reagan is largely determined by the restoration of relations between the United States and the Soviet Union and the fall of the iron curtain. Napoleon Bonaparte, taking serious decisions, focused on star — one day she supposedly rescued him from death. 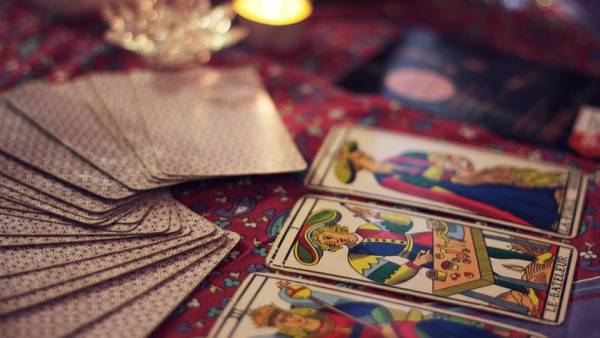 “Газета.Ru” talks about how psychics and omens influence on politicians.

America for centuries, living by the stars

30 years ago, on may 3, 1988, the lights went out in the memoirs of the former head of the administration of U.S. President Ronald Reagan. He said that, in addition to his wife, Nancy, in life, Reagan was another important female American astrologer Joan Quigley. She received special acclaim being a personal consultant to his wife, through which passed the forecasts for the President.

Although Reagan denied this information, the astrologer, in his book, “says Joan?” ascribes a key role during his reign.

In fact, according to Quigley, she significantly influenced the restoration of relations between the United States and the Soviet Union and the fall of the iron curtain.

During the presidential campaign, the astrologer advised Reagan to appoint the inauguration at 5 o’clock in the morning. Quigley said that he will be able to stay in the presidential chair two terms. Although the White house was surprised by such decision of Reagan, the American leader heeded the advice of his astrologer and really won the second election.

But not only Reagan sought support in a fantastic predictions and astrological calendars. Tradition to turn to astrology laid the “founding fathers” States: George Washington, Thomas Jefferson and Benjamin Franklin. There is a legend that they had set the date of the adoption of the Declaration of independence on July 4, 1776, because on this day the position of the heavenly bodies was the most favorable.

The example of the early American leaders also followed their successors. In American history is the notorious figure of the astrologer Jeane Dixon, who saw a generation President of the United States. She became known in November 1944, after a personal acquaintance with Franklin Roosevelt. He reported that the woman allegedly predicted the death of famous actress Carole Lombard. After that Roosevelt was eager to meet clairvoyant.

At that time he was already confined to a wheelchair and suffered from terrible back pain and feet. He was assigned to water treatment, from which he should recover, but the President seemed to get worse. Seeing him, Dixon completely confused.

The American leader was tormented by the main question: “How many years do I have left?”. Looking at it, the woman was forced to say that the account is not years but months, and he left no more than six.

Then, in November 1944, at a meeting with the astrologer President asked her about the development of Russian-American relations. Dixon predicted that after the war, the USSR will not be an ally of the US, but in the far future relationships will be better, and the country will unite to repel the threat from Communist China.

In January 1945, Dixon was again invited to the White house. President Roosevelt again asked her how long he has left. She showed a thumb and forefinger, the distance between which was less than an inch, adding: “Less than desirable”. It is noteworthy that at this meeting the President for the second time asked the clairvoyant question about the relationship between the Soviets and the United States. She answered him:

Do not give Stalin anything not to concede.

In February 1945 conference at Yalta, the U.S. President arrived absolutely sick, but this did not prevent him lively discussion with Stalin and Churchill way development of a peaceful Europe. Roosevelt died of a cerebral hemorrhage on 12 April 1945.

Not one Roosevelt during the Second world war listened to the advice of soothsayers. It is believed that the Third Reich was a “court” astrologer. Karl Ernst Kraft was an avid fan of the national socialist movement. That’s why in 1937, he moved from Switzerland to Germany, where he soon got a job at the Radiobiological Institute of the Department of astrology and mystical studies.

In the summer of 1939 he decided to make a horoscope of the führer — then he found a dangerous period in the life of Hitler from 7 to 10 November. Autumn forecast of crafting has come true — November 8 pub on Hitler was assassinated. It brought an astrologer to the celebrity.

When the war came, France and Britain, the main concern of the German government began a campaign against these countries. The authorities have decided to distribute brochures with the predictions of Nostradamus. The predictions of these with Kraft was interpreted in favor of Germany, to scare the enemies.

From myself, the German government added a mere forecast of the miraculous salvation of the South and South-East of France. Many French fled to these areas, leaving the rest of the country unprotected. So the Germans have cleared a path for military offensives.

Scam crafting and the German government was soon disclosed by a former friend and colleague of astrologer Louis de Volem, who worked at that time for the British government.