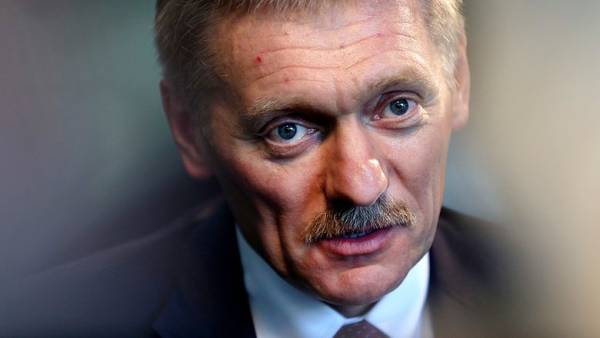 Journalists asked Peskov to comment on possible sanctions from & nbsp; Washington, which threatens to prohibit the import of smartphones and refrigerators into the RF ;. According to the & nbsp; press secretary of Vladimir Putin, this is not & nbsp; the most terrible threat.

A Kremlin spokesman clarified that & nbsp; “ American opponents continue to publish threats like a mantra about & nbsp; impending sanctions. '' He called such statements “ informational stuff. '' Peskov noted that & nbsp; this information can only be called “ artillery preparation before & nbsp; that round of consultations '', which began on January 10 & nbsp; in & nbsp; Geneva.

But such an artillery preparation is unlikely to somehow influence our delegation, headed by Ryabkov and armed with Putin's theses, which were clearly formulated. But of course, this does not contribute to the formation of a constructive atmosphere on the eve of the consultations. Dmitry Peskov Press Secretary of the Russian President

Earlier, The New York Times, with & nbsp; referring to & nbsp; American officials, said that & nbsp; the US authorities, together with & nbsp; allied countries, are developing export restrictions in & nbsp; against Russia on & nbsp; the case of an 'invasion' Russian troops to & nbsp; Ukraine. According to the & nbsp; publication, the sanctions may affect consumer electronics and the & nbsp; defense sector.

It was clarified that the US Department of Trade is considering introducing a ban on the export of any consumer goods in Russia, including mobile phones, computers, refrigerators and washing machines that use American technology or developed in the USA.

Formerly “ Secret '' told that & nbsp; during the bilateral talks on & nbsp; the security of the United States and & nbsp; Russia, which took place on January 10 & nbsp; in & nbsp; Geneva, the delegations of the countries were not & nbsp; able to agree on & nbsp; non-expansion of NATO to & nbsp; progress and & nbsp; did not even & nbsp; not even & nbsp; ; this question. Deputy Foreign Minister Sergei Ryabkov stressed that & nbsp; this topic & nbsp; & mdash; key for & nbsp; Russia's national security, the country cannot & nbsp; retreat from these requirements.