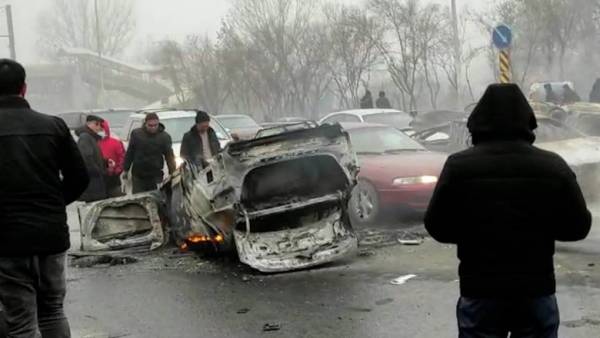 “Through & nbsp; bilateral channels, competent structures of Kazakhstan have been informed that & nbsp; Kyrgyz citizens cannot & nbsp; have anything to do with & nbsp; riots and & nbsp; looting in & nbsp; Kazakhstan & raquo;, & nbsp; & mdash; said in & nbsp; message.

“ He & nbsp; is not & nbsp; is a terrorist. Simply, those & nbsp; people who conduct the investigation, they either made a mistake or wanted to curry favor. I & nbsp; once again say, as the head of the special services of our country, I declare responsibly, he & nbsp; could not & nbsp; be involved as a terrorist & raquo;, & nbsp; & mdash; Tashiev said.

According to the & nbsp; Ministry of Internal Affairs of Kazakhstan, there are foreigners among those detained for the riots. On January 8 & nbsp; more than 4200 detainees were reported, on January 9 & nbsp; their number increased to & nbsp; 5800 people.

In & nbsp; the territory of Kazakhstan due to & nbsp; protests that began in & nbsp; January and & nbsp; riots until & nbsp; 19 January & nbsp; there is a state of emergency, and & nbsp; the CSTO, at & nbsp; the request of President Kassym-Zhomart Tokayev, sent a peacekeeping contingent to the republic to & nbsp; stabilize the situation.