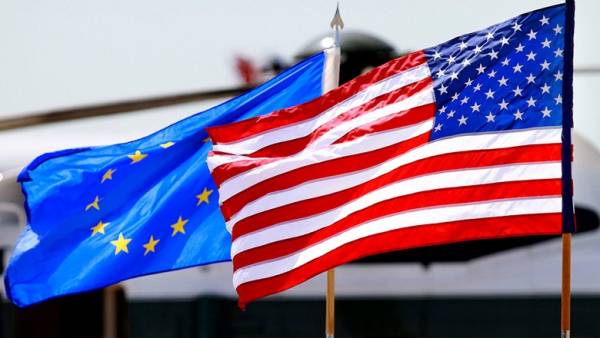 “The Secretary of State reaffirmed his commitment to strengthening cooperation between the US and the EU & nbsp; solving common problems. Secretary Blinken stressed the importance of coordinated action in & nbsp; support for the sovereignty and & nbsp; territorial integrity of Ukraine and & nbsp; confirmed that & nbsp; any further aggression against Ukraine would have a serious response & raquo;, & nbsp; & mdash; indicated in the & nbsp; message on the & nbsp; website of the State Department.

Earlier, US officials presented to the press options for sanctions that could be imposed on & nbsp; Russia in the & nbsp; case of an attack on & nbsp; Ukraine. According to & nbsp; The New York Times (NYT), the restrictions will affect the supply of all consumer electronics, in & nbsp; including those produced in & nbsp; Europe and & nbsp; South Korea. The United States is also ready to impose the most stringent export restrictions on & nbsp; Russia, as in Cuba, Iran, North Korea and & nbsp; Syria, Reuters and & nbsp; Associated Press reported. In a conversation with & nbsp; NYT, some European officials noted that & nbsp; it is unclear whether & nbsp; will the Russians in the & nbsp; case of impossibility to buy goods blame the & nbsp; President of Russia Vladimir Putin or & nbsp; but & nbsp; the United States with & nbsp>