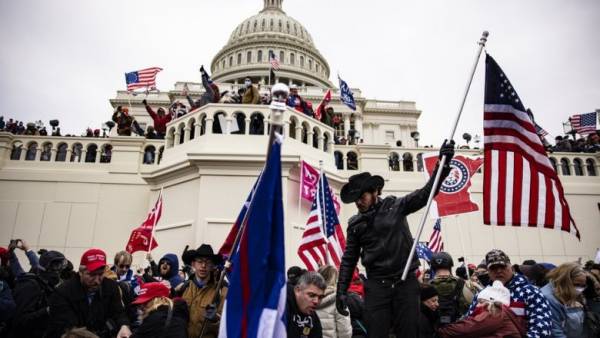 In & nbsp; January last year, some Americans celebrated Joe Biden's coming to & nbsp; power and & nbsp; was glad that & nbsp; got rid of & nbsp; agent of the Russian special services '' in the & nbsp; White House; another & nbsp; & mdash; feared that the & nbsp; “ world behind the scenes '' deprived the legally elected president of victory.

The events of January 6 & nbsp; over the past year began to be interpreted in completely different ways. Some saw in & nbsp; them an attempted coup d'etat by & nbsp; by Trump, its analogue of the Nazi arson of the Reichstag in & nbsp; 1933, and & nbsp; a threat worse than & nbsp; the September 11 & nbsp; attacks; others & nbsp; & mdash; an ordinary episode of violence and & nbsp; failure of the security service.

Biden's inauguration, at & nbsp; at first glance, defused the heat of passions: the crowds with & nbsp; have not & nbsp; stormed Congress, the special services did not & nbsp; suspect the president of & nbsp; treason ; White House ceased to define the news agenda.

But & nbsp; contradictions remained & nbsp; & mdash; and & nbsp; spread across & nbsp; across the country, showing itself in & nbsp; dozens of everyday things and & nbsp; in & nbsp; the most unexpected places. Street clashes, in & nbsp; mostly, remained in & nbsp; 2020, but & nbsp; schools, gyms, kitchens, city and & nbsp; councils became the scene of political battles, where Americans argue about & nbsp; education, abortion, religion, drugs, racism, migration and & nbsp ; firearms.

Storming the Capitol: new September 11 & nbsp; or an ordinary incident? 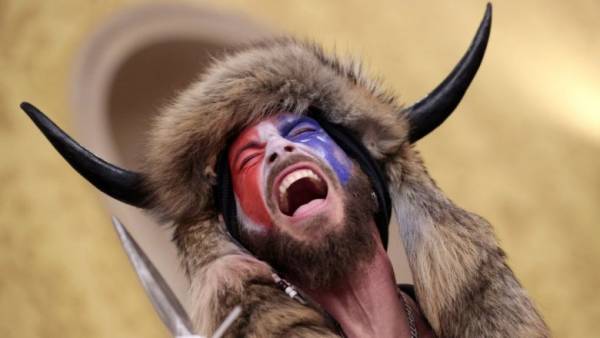 5 people died that day – one police officer and four Trump supporters; only one death was directly linked by forensic experts to violence – a 35-year-old woman was killed by a police bullet. Hundreds were injured on both sides. The damage to the Capitol building amounted to $ 1.5 million.

Details of the events of that day were the subject of investigations: the official & nbsp; & mdash; US Department of Justice with & nbsp; participation of the FBI, parliamentary & nbsp; & mdash; commissions in & nbsp; Congress, and & nbsp; dozens of journalism.

The official investigation led to the & nbsp; arrests of 725 people from & nbsp; all over the country; of & nbsp; 70 of them & nbsp; have already been sentenced to & nbsp; various punishments, from & nbsp; 5 years imprisonment to & nbsp; probation.

To the & nbsp; disappointment of those who & nbsp; saw in the & nbsp; assault on the Capitol an attempted mutiny and & nbsp; ; Trump's side, among the accused there are no & nbsp; ex-president, nor & nbsp; his associates; moreover, among the charges there are no articles about & nbsp; overthrow of the constitutional order, riot and & nbsp; incitement to & nbsp; or domestic terrorism.

All arrests and & nbsp; sentences relate to specific offenses: from & nbsp; violence against government officials to & nbsp; penetration into & nbsp; territory of federal facilities and & nbsp; damage to state property. Sources at the & nbsp; FBI told reporters that & nbsp; did not & nbsp; find traces of conspiracy behind & nbsp; these events.

Those who & nbsp; see Trump's and & nbsp; Trump's riots in the events are unhappy with this. The Washington Post and the & nbsp; New York Times published open letters from professors at Harvard and & nbsp; Yale University with & nbsp; a call to & nbsp; the US Attorney General to bring to justice not & nbsp; only & nbsp; marines & raquo;, but & nbsp; and & nbsp;/p>

In a completely different vein, an investigation is underway in & nbsp; Congress. It is led by a commission, which includes only two Republicans; it expresses the views of the Democratic Party.

The chairman of the commission, Congressman Benny Thompson, said on & nbsp; her the first meeting that & nbsp; the rioters were close to & nbsp; overthrow the constitutional order.

This interpretation of events is shared by many liberal publicists. For & nbsp; them, the storming of the Capitol became a terrible threat to the & nbsp; American Republic, its & nbsp; free elections and & nbsp; its future. 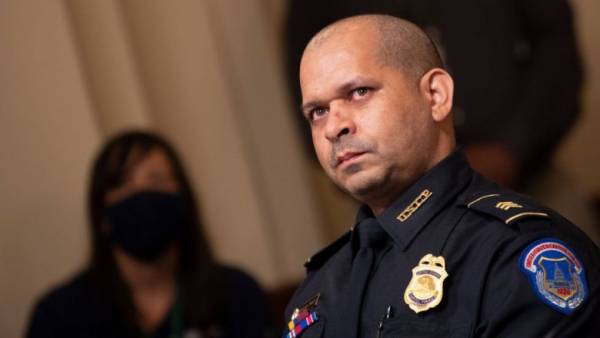 Most Republicans disagree with & nbsp; this assessment. Opposition leaders in & nbsp; Congress opposed the investigation of those events, and & nbsp; ordinary members offered an alternative explanation to & nbsp; them.

Congressman Andrew Clyde likened the crowd that stormed the Capitol to a & nbsp; ordinary tour for & nbsp; citizens. His colleague, Congresswoman Elise Stefanik, accused the leaders of the Democratic Party of & nbsp; & mdash; in her opinion, they are responsible for & nbsp; security in & nbsp; parliament, as they have a majority in & nbsp;

Another line of defense from & nbsp; influential supporters has become conspiracy theory. Fox News and & nbsp; a number of Republican congressmen said that & nbsp; the Capitol was allegedly stormed & nbsp; & mdash; or by & nbsp; at least provoked the crowd & nbsp; & mdash; left-wing radicals from & nbsp; “ antifa '' and & nbsp; Black Lives Matter movements. For & nbsp; repeating this version & nbsp; & mdash; contradicting the facts & nbsp; & mdash; Former adviser to the Russian president, Andrei Illarionov, who served as a senior researcher at the Washington Cato Institute, lost his job. >