The Ariane-5 rocket with James Webb on board launched from the Kourou cosmodrome in French Guiana last Saturday, December 25. After the launch, the space telescope separated from the upper stage of the launch vehicle — and this process was broadcast to Earth in real time. However, the resulting image was not too high-quality and was often interrupted.

Now ESA specialists have cleaned the video file and superimposed music by British composer Charlotte Hatterley on it.

These images are our last look at the telescope, now heading to the place of permanent deployment, which it will reach at the end of January. Now it is already further from the Earth than the orbit of the Moon.

Scientists hope that “James Webb” will allow them to look far into the past, at the time of the formation of the universe and galaxies.

This is possible because the telescope is able to pick up signals coming from stars at a distance of up to 13.5 billion light-years. That is, he will be able to look at The universe is what it looked like just 200 million years after the Big Bang. 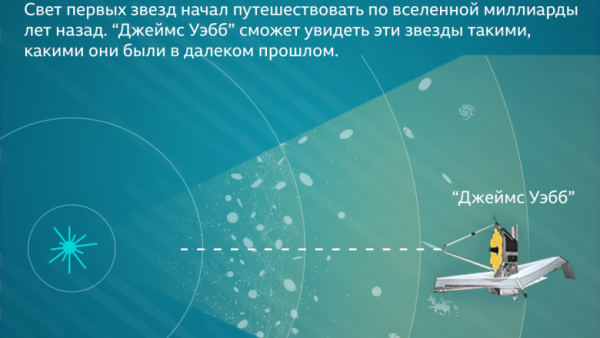 Our correspondent Nikolay Voronin tells about how James Webb will work and why scientists hope to make revolutionary discoveries with its help.

The launch of the telescope was very successful: the rocket built by the European Space Agency worked flawlessly and brought the James Webb to the right height, at the right angle relative to the equator and with the right acceleration.

The flight was so successful that the James Webb managed to save fuel on maneuvering and will now be able to work longer in space. NASA reports that scientists can expect it to “live” in orbit for much longer than 10 years (despite the fact that the minimum life cycle of this mission is five years).

Another sign that the launch of the James Webb went like clockwork is the speed with which the solar panel was deployed. The published footage shows that this happens already 70 seconds after separation from the upper stage — despite the fact that according to the plan, the panel should have moved out only a few minutes later.

The onboard computers of the telescope decided ahead of time that all the necessary conditions were met for the procedure to be carried out — and gave the command to act. 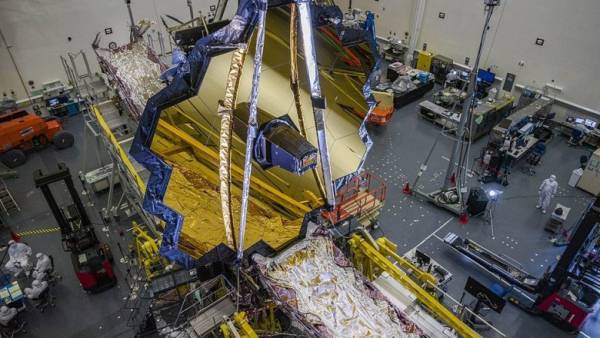 The telescope was launched folded, and now NASA specialists continue the laborious process of unfolding its main mirror: a honeycomb-like golden “saucer” with a diameter of 6.5 meters. You can follow this process on the official website of the American Space Agency. 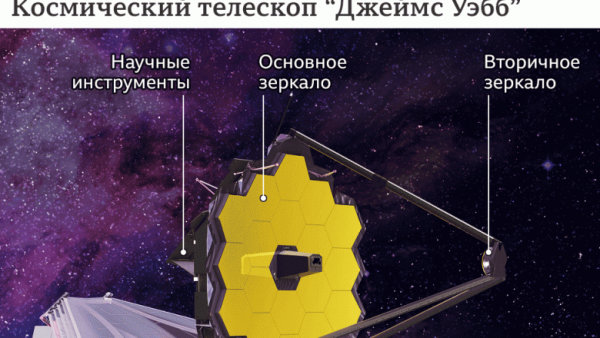