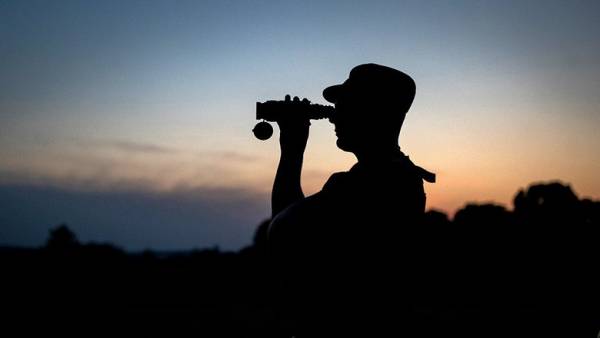 “ But & nbsp; local conflicts rage more than & nbsp; ever, although they tend to be less intense. By & nbsp; most of the wars of the 21st century are less deadly than & nbsp; their & nbsp; 20th century predecessors. Foreign participation in & nbsp; conflicts creates the risk that & nbsp; local clashes will grow and & nbsp; & nbsp; major powers will be involved & nbsp; & nbsp; & mdash; by Richard Atwood, Executive Vice President of the International Crisis Group.

The publication notes that & nbsp; do not & nbsp; underestimate the capabilities of the United States: despite the & nbsp; reduction in participation in & nbsp; major conflicts, & nbsp; American power and & nbsp; alliances structured global affairs for decades. In the author's & nbsp; opinion, Washington's ability to create coalitions with & nbsp; deployed across the world and NATO forces still makes them & nbsp; significant players on the & nbsp; world stage. But & nbsp; a lot is changing now, and & nbsp; & nbsp; Washington's rivals are trying to figure out how far they can go. ''

The top three potentially dangerous conflicts in 2022 are Ukraine, Ethiopia and Afghanistan.

According to Atwood, Russia's plans on this issue are unclear to the Western world, but & nbsp; to reject this threat as a bluff would be & nbsp; a mistake. The conflict between the military and the & nbsp; forces of the Popular Front for the Liberation of Tygra in & nbsp; Ethiopia can provoke radical Islamists. The situation in & nbsp; Afghanistan is unstable in & nbsp; the fact that & nbsp; from & nbsp; the moment the Taliban arrived (the Taliban movement, is under UN sanctions for & nbsp; terrorist activities) to & nbsp; authorities in & nbsp; August, a humanitarian catastrophe is imminent in the country. UN data indicate & nbsp; that & nbsp; millions of Afghan children can die of hunger.

British experts on December 30 & nbsp; told what could be the scenario of the third world war. According to & nbsp; their & nbsp; opinion, states will use IT technologies. For example, the United Kingdom has cut funding for traditional weapons and & nbsp; has focused on the & nbsp; development of artificial intelligence, cybersecurity.