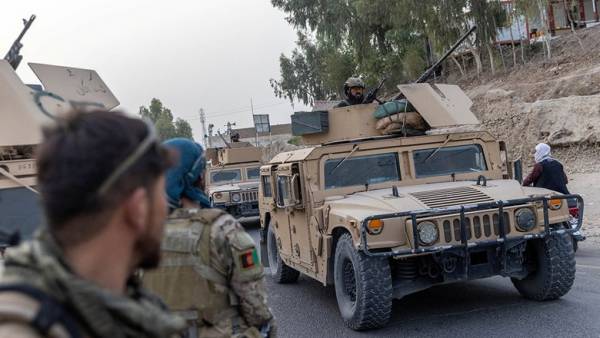 “We are actively working now, and & nbsp; Minister [Foreign Minister of Ukraine Dmytro Kuleba] talked about & nbsp; this during & nbsp; during his visit, and & nbsp; this issue is also & nbsp ; in & nbsp; active discussion & raquo;, & nbsp; & mdash; said Markarova, answering the & nbsp; question, can & nbsp; be transferred to Kiev military aid, which was intended for Afghanistan, but & nbsp; is not & nbsp; demanded there.

The diplomat also said that & nbsp; Ukraine is working on & nbsp ; expanding the list of military assistance to Ukraine from the & nbsp; American side.

At the end of December last year, US President Joe Biden signed the country's defense budget for & nbsp; 2022 fiscal year in the amount of about & nbsp; $ 770 billion. It is envisaged that & nbsp; Ukraine will be allocated $ 300 & nbsp; million, another $ 150 & nbsp; million will be spent on & nbsp; & nbsp; & nbsp; cooperation in & nbsp; security with & nbsp; the Baltic countries.