The US President Donald trump has agreed to slow down the withdrawal of American troops from Syria, “the smart way”. This was at the end of the meeting with the President said Senator Lindsey Graham. 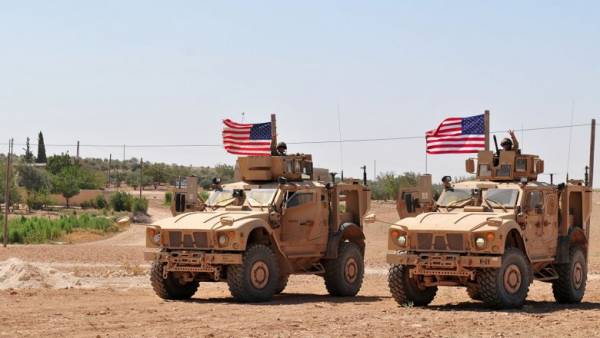 “We talked about Syria, and he (tramp — Ed.) told me something I didn’t and now I feel calmer about where we are going in Syria. I think we will slow down this process (of withdrawal) smart In my opinion, we took a break and now we need to reevaluate what better way to achieve the goal of the President”, — quotes the words of Graham, “RIA Novosti”.

The Senator also said that trump intends to hold talks with Turkey and prevent Turkish military clashes with the Kurds, notes the Washington Examiner.

19 Dec trump gave the order to withdraw all troops from Syria. In his opinion, the United States defeated the terrorists “Islamic state” (IG, an organization banned in Russia) and Syria is now “taken care of local the country.”

The withdrawal of U.S. troops, according to Pentagon estimates, will amount to several months.

26 Dec trump has announced its intention to use Iraq as a base for action in Syria.