Ukraine will buy and create a new powerful precision weapons, which is not yet in the armed forces, said on 30 December, the Minister of defense Stepan Poltorak during a visit to Lviv region. 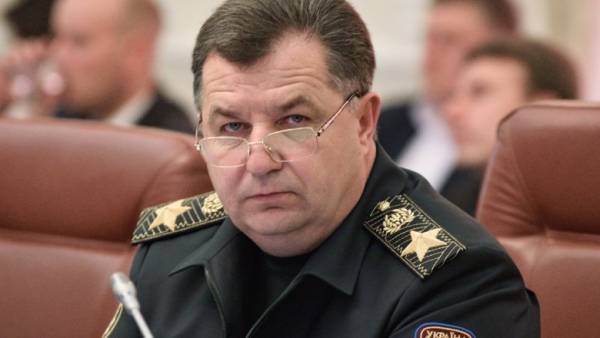 According to him, the state defense order for the year 2019, adopted by the Council of national security and defense Council (NSDC), is very optimistic, as Kiev will purchase up to 20 items of weapons, mostly of Ukrainian origin.

According to the Ukrainian Minister, the state defense order will allow Ukraine to “fight for the future has great prospects”.

“We plan to increase procurement of new weapons. 20 names of those that are not now in service, we plan not only to purchase, but also to create. We have a powerful new high-tech weapons, the range of high-precision weapons, which will allow to defeat the enemy,” Poltorak was quoted by “RIA Novosti”.

10 Dec the former Prime Minister of Ukraine Mykola Azarov stated that the country is in a critical situation due to debt and inability to repay in the next two years European loans for $12 billion.