The Russian foreign Ministry commented on the statement of the President of France Emmanuel Macron and German Chancellor Angela Merkel, calling it unacceptable demands of Paris and Berlin for the release of detained in the incident in the Kerch Strait Ukrainian sailors. 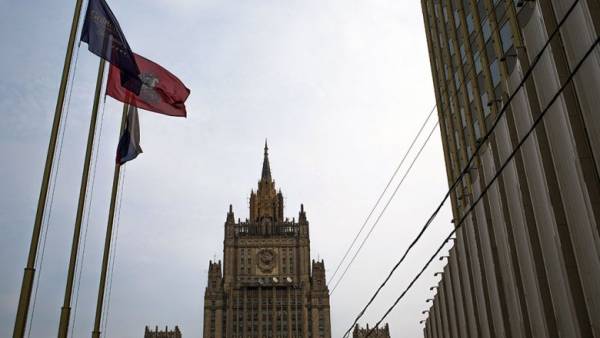 “However, unfortunately the second part of this statement, in which Berlin and Paris flatly accused Russia of certain human rights violations in the Crimea, the escalation of tensions in the sea of Azov and the Kerch Strait, forward our address unacceptable demands”, — stated in the message.

The foreign Ministry notes that Russian side continues to ensure freedom of navigation in the Kerch Strait in accordance with the Russian-Ukrainian agreements, domestic legislation and international standards. Russia also takes into account the realistic security risks, threats and possible provocations by Ukraine and the West.

“Russia will continue to firmly defend its sovereignty, attempts any provocation”, — stressed the foreign Ministry.

Informed him and Merkel made a joint statement in which demanded to release the detained in the incident in the Kerch Strait Ukrainian seafarers and also to ensure the safety of transit for all ships through irrigation.