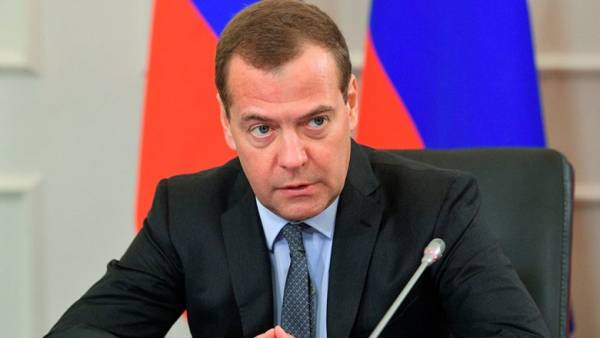 “Russia is introducing a ban on the import of certain Ukrainian goods. This is — a response to sanctions from the Ukrainian side. Signed a corresponding resolution,” he wrote Saturday on Twitter.

As have informed in a press-service of Cabinet of Ministers signed the decree introduces a ban on the import into Russia of goods, country of origin is Ukraine or transported through the territory of Ukraine, according to the approved list. “The bulk of the goods in respect of which the ban is classified as industrial. The list also included agricultural products, raw materials and food,” — said in the government.

The Cabinet noted that Russia may take the decision to cancel enter the special economic measures if Ukraine will cancel the restrictive measures previously imposed against specific Russian goods.

The Ukrainian government on 18 December extended the embargo on food imports from Russia by 2020. Just a list of more than 30 kinds of products. In particular, it is prohibited to import bakery, pastry, chocolate, meat, fish, coffee, black tea, baby food, filter cigarettes, beer, vodka, and a variety of other goods. The list also includes a ban on the importation of railway equipment: locomotives, trains, carriages and turnouts.